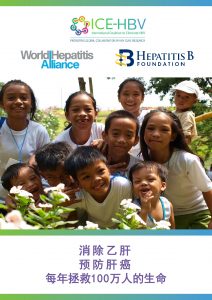 The research laboratory on Viral Hepatitis at INSERM Unit 1052 (Cancer Research Center of Lyon–CRCL) is opening a Post-Doctoral position to work on its “HBV cure” program.

The Viral Hepatitis Team has a longstanding experience in the study of the mechanisms of HBV persistence and the identification of novel targets for antiviral therapy. The laboratory is looking for a motivated candidate to work on a project focused on the characterization of novel approaches to directly target the viral minichromosome, the so-called covalently closed circular DNA (cccDNA), responsible for HBV persistence in infected cells. In particular, the project is aimed at the investigation of the use of nuclease-based strategies to hit cccDNA.

The project is integrated in a wider, international program on “HBV cure”, in which the laboratory is actively involved. Relevant in vitro and in vivo models for the study of human HBV infection and expertise in molecular virology and epigenetics are well established in the host laboratory. The candidate will also benefit from the scientific environment and technical platforms provided by the CRCL (http://www.crcl.fr). The position is available immediately.

The highly motivated candidate will have to hold a PhD and be experienced in cell culture and molecular biology. Experience in molecular virology and/or genome editing technology will be welcome.

The candidates should send their application (C.V., letter of motivation and 2 letters of recommendation) to:
Prof. Fabien Zoulim – Head of Viral Hepatitis Laboratory, INSERM U1052
e-mail: [email protected]; [email protected] 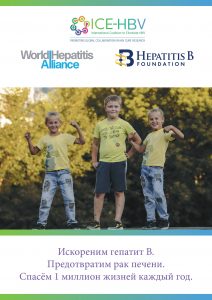 New Global Health Sector Strategies on viral hepatitis, HIV, and sexually transmitted infections are now being developed for the World Health Assembly’s consideration. Covering the period 2022-2030, the strategies will be developed through a broad consultative process with Member States, communities and other stakeholders and in alignment with the strategies of UNAIDS and the Global Fund to Fight AIDS, Tuberculosis and Malaria.

Existing Global Health Sector Strategies on HIV, viral hepatitis and sexually transmitted infections 2016-2021 end this year and new strategies are needed to bridge the gap between 2021 and the 2030 Sustainable Development Goals.

The 148th Executive Board in January 2021 considered a report on 2016-2021 progress and requested that WHO develop new strategies for 2022-2030. The report noted that despite considerable progress in some areas of prevention and treatment, most interim 2020 targets across the strategies have not been reached.

Major advances in hepatitis prevention, testing and treatment were still failing to reach the 290 million people globally unaware they are living with viral hepatitis.

In response, WHO is organizing a series of virtual briefings and consultations to inform the strategies’ development process.

To complement these consultations a series of Member State briefings will be convened in Geneva, and an online survey is available to broaden the scope for input from additional stakeholders.

WHO encourages all interested individuals and organizations to complete the online survey. The survey is currently available online in English, Spanish, Russian and French, and in the coming working days Arabic will also be available.

WHO is proposing that the three strategies, when final, will be presented in one document with an emphasis on further strengthening integration opportunities including through primary health care and collaboration with community actors. The new strategies will seek to preserve an individual approach to each disease area while also emphasizing important synergies to be found in combatting HIV, viral hepatitis and STIs collectively.

This text was adapted from a WHO news article.  Read the original here. 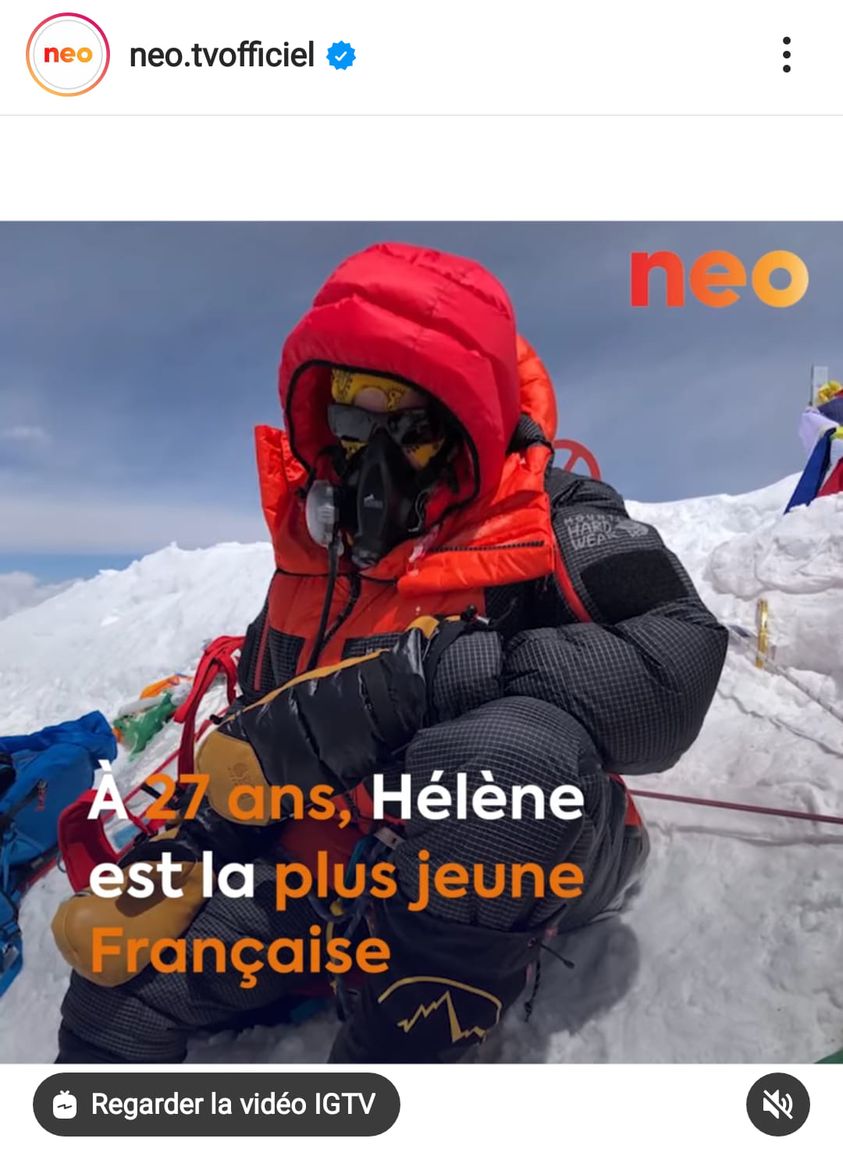 Each year since 2007, G-FINDER has provided policy-makers, donors, researchers and industry with a comprehensive analysis of global investment into research and development of new products to prevent, diagnose, control or cure neglected diseases in developing countries, making it the gold standard in tracking and reporting global funding for neglected disease R&D. This year’s report, the thirteenth overall, focuses on investments made in participants’ 2019 financial year.

Hepatitis B was included in 2019 following advocacy from ICE-HBV. While the report shows an increase in investments, the gap between the impact of the virus on public health and investments being made is still striking. 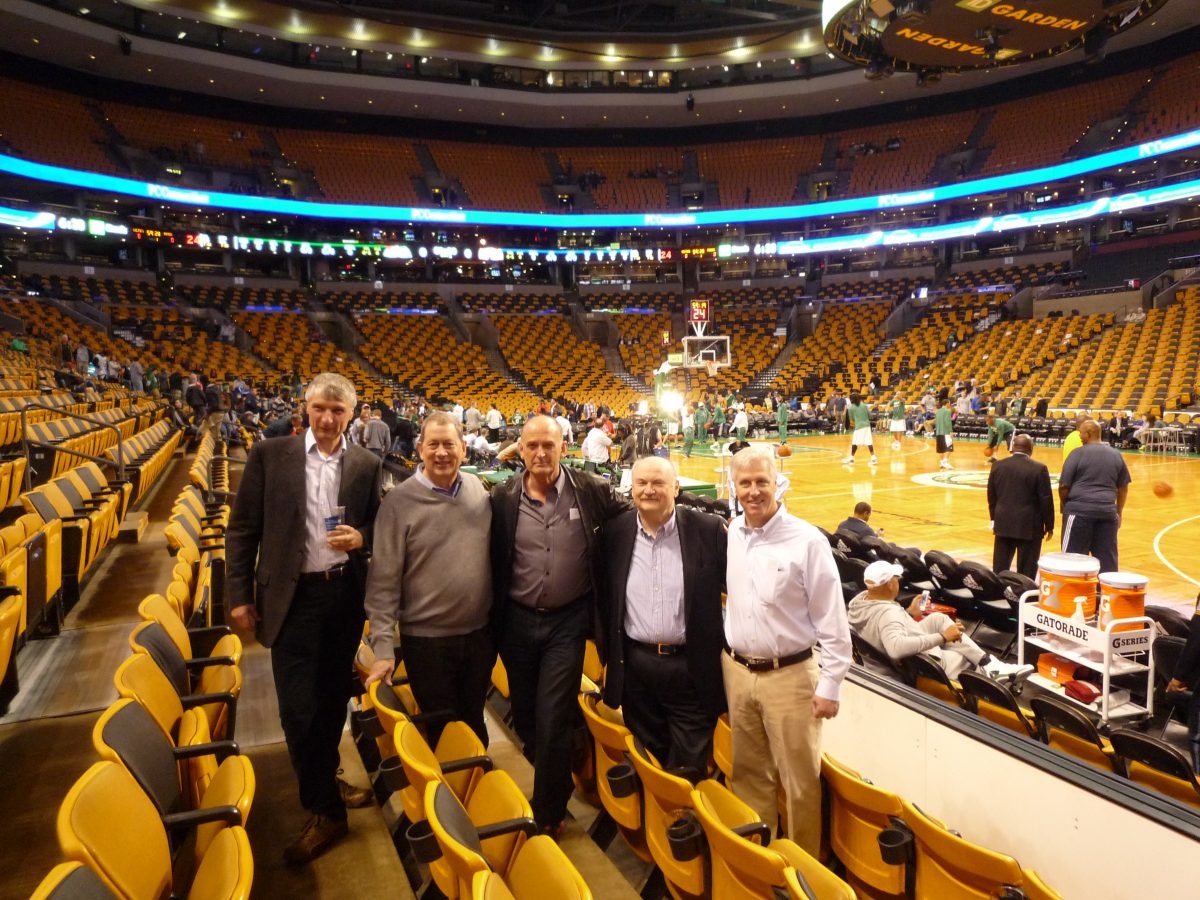 Dr John Martin, former CEO of Gilead Sciences and Founding Director of the John C.Martin Foundation, died unexpectedly on March 30, aged only 69. With his passing , the world lost a truly great and remarkable human being  who contributed so much to the overall benefit of our human kind. Much has been written about John in the last 4 weeks concerning his  outstanding scientific, philanthropic and business achievements and contributions, but the leadership group at ICE-HBV asked me to pen a personal view of John in order  to communicate  and highlight his other less well known but equally laudable achievements;  hence the title, connecting all the dots, because John amazingly found the time to also be a great mentor as well as inventor and humanitarian, and all the while using that immense store of common sense he possessed.

I first met John in 1989 at one of the Keystone Symposia meetings on Frontiers in HIV Pathogenesis which was also hosting a satellite meeting  on “Animal Models for Antiviral Drug Development”. I had a poster presentation on the first use of ganciclovir to treat chronic hepatitis B (CHB). Our group at VIDRL had demonstrated significant anti-HBV activity with ganciclovir when used to treat CMV co-infections in HIV-HBV co-infected injecting drug-users. I must admit that there was not much interest in the poster until John passed by, introduced himself, and then  spent some time going through the data, constructively sharing his obvious immense knowledge with me. At the end of the session, John disclosed that he  was the inventor of ganciclovir when he was at Syntex Pharma in 1982, but that he was no longer at Syntex and was presently working at Bristol-Myers-Squib (BMS). He promised to send me some key papers on the biochemical properties and metabolism of ganciclovir that could possibly help to explain the variability in antiviral responses of ganciclovir that we were observing in the clinic. By the time I made it back to the lab (VIDRL) in Melbourne, a parcel containing eight articles on purine metabolism including ganciclovir,  was already sitting on my desk; John had sent them by express post, thereby  keeping his promise to help in our ongoing studies to identify HBV antivirals. This introduction to John confirmed my first positive impressions about John back at Keystone, that he was a person who kept his word, was prepared to just help in any way he could and that as an individual  he was dedicated to driving the field of antivirals forward based on scientific endeavour in order to better understand how antiviral agents interact with the  virus and the host.

The next year, in 1990, John moved to Gilead as vice-president of research and development, beginning  three decades of scientific collaboration between my lab group at VIDRL and Gilead on studying the anti-HBV activity of the acyclic nucleoside phosphonates (ANP) adefovir and tenofovir . John enthusiastically encouraged us to delve deeply into how the ANPs inhibited HBV in vitro, in vivo and in the clinic  and fully supported studies into antiviral drug resistance and cross-resistance, teaching us that such studies provided unique insights into mechanism of action.

Coupled to his scientific drive, John had an abundance of commercial common sense. He  could see synergy when most others could not, including myself. He was also a visionary. In the late 1990s, I was on the scientific advisory board of Gilead and another HIV-HBV company, Triangle Pharmaceuticals. Triangle  was a spin off from the  Wellcome group in Research Triangle Park , North Carolina, following its  takeover by Glaxo in 1995. Triangle had a number of HIV and HBV antivirals including emtricitabine (FTC)  and the company was exploring ways to develop it clinically, mainly as monotherapy. With both HIV and HBV antiviral activity, John saw the opportunity  to combine FTC with tenofovir (TDF)  and Gilead purchased Triangle; Truvada was soon born.  This quickly became the most potent single treatment for HIV (and HBV), laying the foundation for John’s  next masterful step into combination therapy, Atripla, a triple combination of Truvada (TDF +FTC) and Efavirenz (BMS) , thereby launching the first successful  “One pill once a Day” era in HIV management, reducing the patient’s pill burden and substantially increasing patient compliance. An incredible  success that is credited to John.  The next breakthrough  with these highly potent antivirals, was the prevention of HIV transmission,  an approach known as pre-exposure prophylaxis. By 2011, Gilead’s anti-HIV medicines accounted for almost half of the USA market and as CEO, John took the next step in “joining the dots”, and expanded equitable access to Gilead’s anti-HIV medicines in developing countries, mainly based on their gross domestic product. Later on, John showed the same insight and commercial acumen but which was  integrated into a humanitarian approach aimed at  fair access, with Gilead’s move into  hepatitis C. It was here that John’s philanthropy  clearly shone through.

John was staunchly committed to philanthropy. He started a Foundation under his name with his life partner Dr Lillian Lou,  with the mission to facilitate the establishment of sustainable improvement of health care for populations in  “socially and economically disadvantaged settings”.  This philosophy readily  built on his humanitarian leadership integrated with his unique model of drug access for HIV and HCV medicines  that he developed whilst he was at Gilead. He now applied this in particular to HBV and is helping to support  the WHO health goals including the  prevention of mother-to-child transmission of HBV, as well as other public health imperatives.  The Foundation also supports the promotion of  community-based  healthcare for liver health at the grass roots level through  NGOs which assist  member states with development of their Action Plans and National Strategies in order to assist Governments  to take responsibility and control of their high disease  burdens. These activities positively  promote  the  linkage of affected communities with their governments making meaningful partnerships with key control initiatives that otherwise would not have happened without the Foundation’s support.

John’s mantra with me over our 30 year journey was two-fold: to focus on the science and to develop mechanisms to create access to medicines in those countries in the developing world that urgently needed them. With his passing , many tears have been shed and quite rightly so.  John had an amazing work ethic and professional success which was unrivalled, combined with humility and dogged perseverance.  In these few paragraphs I have tried to capture a snippet of  the unparalleled life of John, his contributions to the field of antiviral  agents that then translated into remarkable benefits for many millions of patients, allowing many to live normal productive lives instead of succumbing to fatal disease. I feel that with his passing,  there has been a “disturbance in the force”, that force of passionate adherence to the values of science, the practice of scientific principles and the commitment of fairness to the world we live in and the peoples we share it with. John, you are already sorely missed.

About the Author: Professor Stephen Locarnini is the Founding Director of the  Victorian Infectious Diseases Reference Laboratory (VIDRL) at the Doherty Institute in Melbourne. Stephen is a founding member of ICE-HBV.

have recently published the following communication in Gastroenterology journal based on discussions held at ICE-HBV in-vivo models workshop, addressing the key challenges from the field. Read & reflect on:

Inserm Lyon is seeking a project manager responsible for scientific animation, financial and administrative management of the “HBV cure” program under the direction of Pr Fabien Zoulim.

The full position can be found here.

🚌 All aboard the bus to savouring science at #ILC2022 in London!